The bullet nearly lost its belt! Brazilian woman rolled Shevchenko, but got in the eye 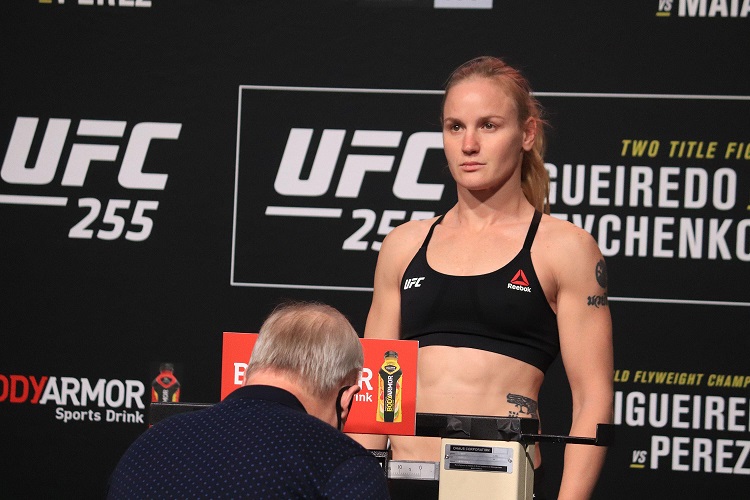 Valentina Shevchenko has a Kyrgyz passport, but the entire former USSR is accustomed to considering the athlete as their own. It is not surprising: in addition to brilliant skills, the flyweight champion has a rare beauty and modesty. Valentina never throws words to the wind, does not get into scandalous stories and generally behaves exemplarily. And at the same time wins, wins and wins.

Bullet defended her seventh title at UFC 275 today. The Brazilian Tayla Santos acted as a contender: a bright athlete, going on a series of four confident victories. In total, Tayla lost only once in her career, and even then by a split decision. Perhaps that is why Santos was throwing out loud statements about the “loudest upset of the year” before the fight.

But everything had to be shown by the octagon, in the centre of which Shevchenko stood from the first seconds. The champion was in no hurry, literally frozen with her hands raised to her face and throwing infrequent blows. At the end of the second minute, Santos rushed into the fight and was squeezed at the net. However, the Brazilian survived, and soon the athletes were already on the canvas, where Valentina was almost caught in a chokehold.

In the second round, we again saw a clinch near the net, after which Tayla masterfully moved the champion. There, Shevchenko defended herself much more successfully, even managing to attack from an uncomfortable position. Santos, on the other hand, did not succeed in attacks at all – after three minutes in the guard, the referee decided to raise the athletes to the rack. And now Shevchenko made a beautiful throw, although then she again found herself on the bottom.

Santos was obviously inferior to her opponent in the standing position, but she managed to fight excellently. At the start of the third round, Valentina hit her opponent well several times, then knocked over the Brazilian. In terms of the number of hits, Bullet was superior to the challenger, but she could not find the perfect tactics on the ground. Shevchenko again spent the rest of the round, escaping from a chokehold by Taila, who had a rapidly growing hematoma.

The fourth five-minute period started with hard hits from Valentina. Santos’ right eye was almost completely closed, which the Kyrgyz athlete willingly used when planning attacks. The challenger obviously wanted to climb into the stalls again, but Shevchenko did not give her such a chance. The round turned out to be one-sided: the difference in the number and quality of strikes was too great.