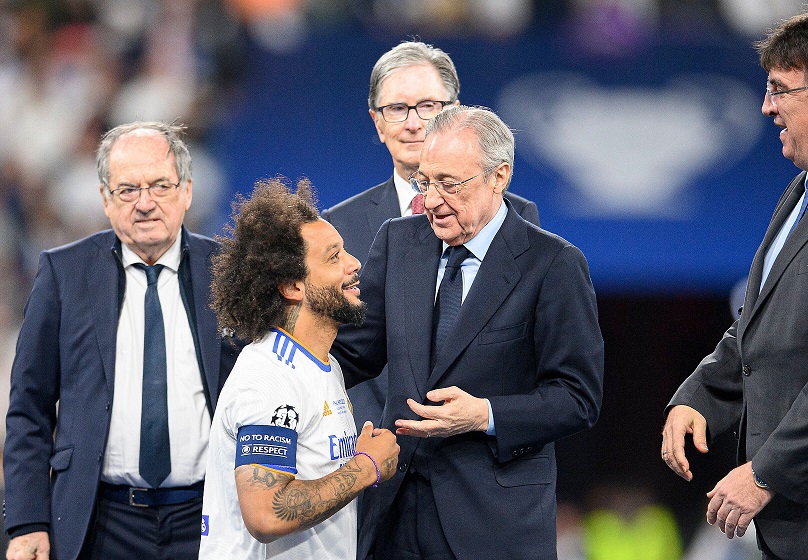 “Of course, the Super League is still alive. Right now there is a case in the Luxembourg court, there will be a hearing soon. Based on its results, a decision will be made on the issues that we raised. We believe that we have the right within the European community to organize competitions between us. We understand that UEFA is now a monopoly”, — quotes the words of Perez Marca.

Recall that the Super League was formed by 12 European top clubs: Real Madrid, Barcelona, ​​Atlético Madrid (all Spain), Manchester City, Manchester United, Liverpool, Chelsea, Arsenal, Tottenham Hotspur” (all – England), “Juventus”, “Inter” and “Milan” (all – Italy). The tournament was supposed to be an alternative to the Champions League, but the project participants were threatened with exclusion from national tournaments, and the launch failed.

Earlier, the disruption of the transfer of Kylian Mbappe poses serious challenges for the Madrid club.

Real Madrid has had a tough week. The signing of Kylian Mbappé, which had already seemed guaranteed, fell through. The French striker decided to stay at PSG. “Real”, in fact, was left with nothing.

The club did not have a backup plan in case Mbappe failed. Erling Haaland could have become them, but the Norwegian moved to Manchester City a little earlier. Now Real Madrid president Florentino Perez has to urgently review the entire transfer policy for the off-season. What the team from Madrid will do next is one of the key questions of the summer in European football.

Real Madrid has agreed to sign AS Monaco midfielder Aurélien Tchouameny for €80m shortly after the collapse of negotiations with Mbappe. This is not a replacement for Kilian in position. In addition, the deal has not yet been officially concluded. Theoretically, it can be thwarted, which will inflict a powerful reputational blow on Real Madrid.